where div is a scalar function

and curl is a vector function

Taking the curl of Maxwell's equation

A single frequency electro (E)-magnetic (B) wave is described by 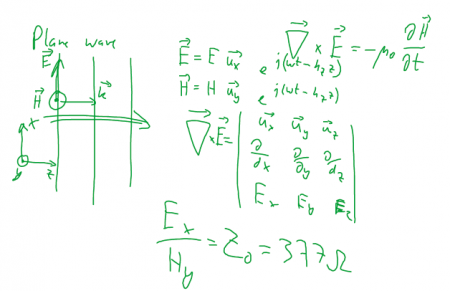 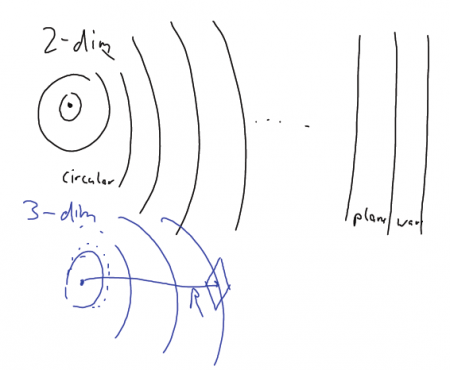 The differences between a plane wave, a cylindrical wave and a spherical wave is defined through the surface of wave. Assume propagation in z-direction

A: See the good examples at http://www.physicsclassroom.com/class/waves/Lesson-2/The-Wave-Equation

A: The propagation equation describes how a wave propagates. It addresses the change from an electrical field indicating a magnetic field and vice versa. See the video from Bucknell University: https://www.youtube.com/watch?v=xkG86pwaOH0

Power received in an area in a distance R from transmitter: 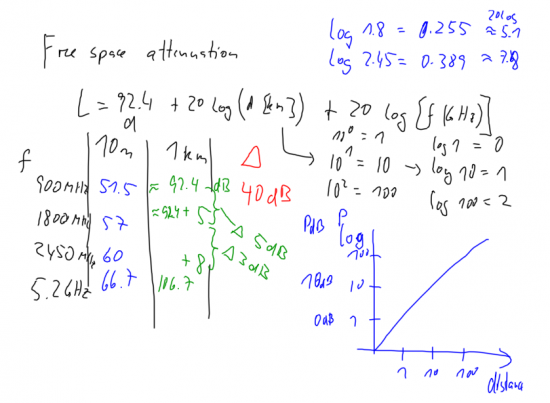 Have in mind that normal communication is always worse than the "ideal" free space communication. You have shadowing, reflections, interference, and other influences increasing the path loss. An example is the Bluetooth communication between your mobile phone and your headset, where your body absorbs energy and shadows for direct communication.