Comparison of Pellets, FaCT and HermiT

Comparison of Pellets, FaCT and HermiT

Note: streaming starts only at 11:00h

We move to Protege 4.2, well knowing that this version has challenges, e.g. SWRL creation, relation of object properties.

Through these excercises you will be able to evaluation what can or can't be done in Protege 4.2 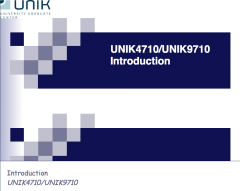 The goal of a reasoner is to derive information from a knowledge base. The reasoner is involved through an inference engine, e.g. the Jess engine involves a Pellet reasoner.

FaCT++ is an open-source tableaux-based OWL 2 DL reasoner. It is implemented in C++ and shows exceptional performance on expressive ontologies.

HermiT can determine whether or not the input ontology is consistent, identify subsumption relationships between classes, and much more.

Jena is an open source framework, including reasoning modules

based on a presentation by Susana: Media:Pellet_Reasoner.pdf 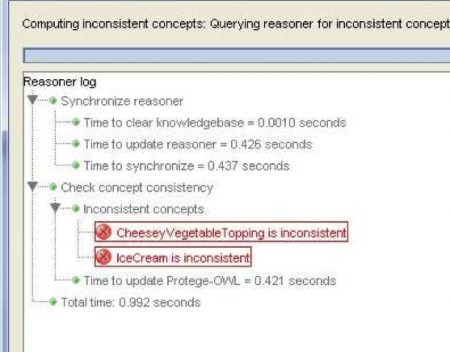 Reasoners detect inconsistent ontologies but the diagnosis and resolution of the bug is not supported at all.